If you use GCam 8 from BSG, please update to the latest version as they fix a problem where GCam would connect to this site:

Many of BSG GCam 8.x mods released until now would, in the background, load one of BSG's pages on this website when opening the app:

Users that run firewalls and monitor their installed apps noticed the problem and reported it. This was then confirmed by me and other GCam users. BSG was informed and released updated versions of GCam 8.1, 8.3, and 8.4 that fixes this problem.

I recommend that anyone using GCam 8 from BSG updates to the fixed version(s). A clean install is recommended to avoid issues:

The updated versions are essentially the previous version with this problem fixed. Every feature, bug, config, etc, remains the same, but apks will no longer try to load any page from this site.

Telegram groups, forums, blogs, etc, should update their recommendations and link to the new versions instead.

Why you should update:

The affected versions load the page (similarly to a web browser) and that means that each access uses a little bit of the user's internet and increases the load on this site.

While no user data is sent to me, my server keeps basic access logs for 7 days (like most websites on the internet). I have deleted all exiting logs and will do the same in a few days. I'm also sharing the updated versions and a link to this page in the usual places to inform users.

While I don't think there was a malicious intent behind this, it's something that shouldn't happen. Not only it raises questions about security and privacy of GCam mods, but since the apk would connect to this site, some people would reach the conclusion that something was being sent to me... and it's not a good experience to be accused of something I'm not doing.

This is the first time something like this happened since I started hosting apk files (2017) and I hope it will be the last. Stuff like this shouldn't happen.

To avoid confusion and because not everyone knows this, sometimes GCam - including the original app used on Pixel phones - connects to the internet. For example, the animations and images on these GCam 8 tooltips are downloaded from Google's servers: 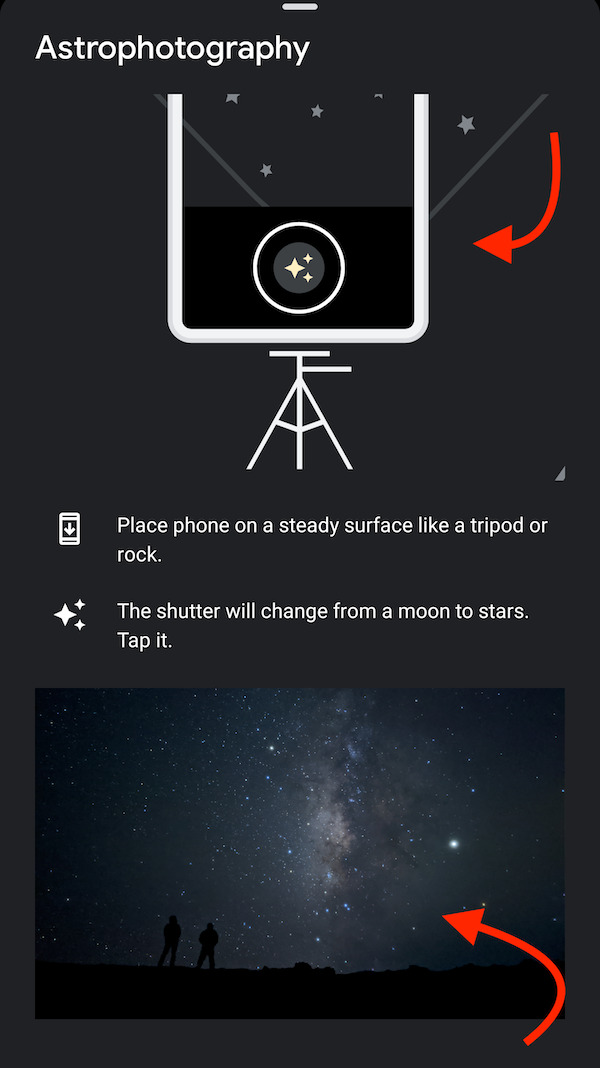 Regarding mods, on top of the original behaviour described above, some modders add extra functionality and you may see connections to Github or their website. A few examples:

If you don't like this, you can use versions from modders without any special features (most of them) or restrict the app's internet access by using a firewall or Android's built-in app settings: